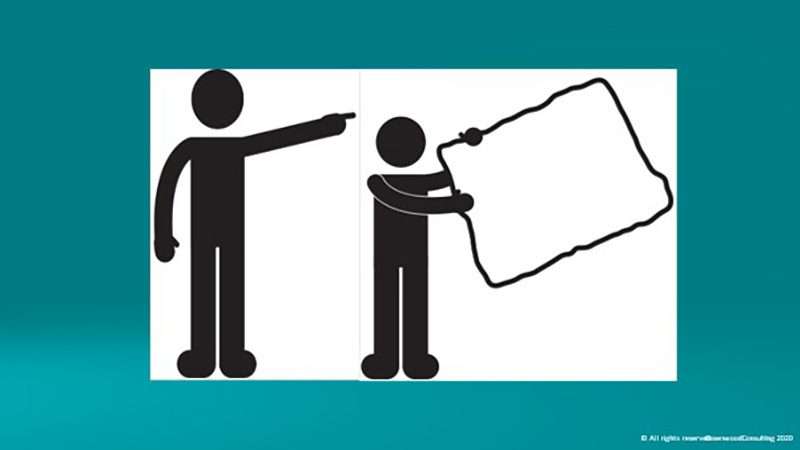 Do you ever wonder how to ask other people to do something for you?

Are you ever confused about what somebody else is asking you to do?

This difference can cause numerous problems in the workplace and at home.

For example, a previous boss of mine in a manufacturing business had a Directing style.  He was on top of everything and continually told his managers what to do and how to do it.  Externally, his business was seen as an efficient operation and the business targets were achieved. Internally, his managers felt harried and undervalued.  One by one, they moved on to businesses where they could implement some of their own ideas.

One of my coaching clients, who had an Informing style, was well-liked by his team of managers and by the wider staff group.  But some of them saw him as a “soft touch”, as he always showed a high regard for other people and their concerns.  Occasionally, he would explode when things hadn’t been done the way he wanted, and his team would react with shock, as it appeared out of character.  I coached him on how to adopt a more Directing style when necessary, so that his team had a clear understanding of his expectations of them.

If you have a DIRECTING style, you are likely to:

This benefits you as people know exactly what is expected of them, and it’s helpful in a crisis or where time is short.  A downside is that people may wait to be told what to do and not take responsibility themselves.

If you have an INFORMING style, you are likely to:

This benefits you as people feel involved, and it’s helpful when their commitment is needed or where problems are complex.  A downside is that it can take too long and people may not realise what is expected of them.

Here’s an example of two different ways of asking for notes to be taken in a meeting:

An INFORMING style would say something like: It would be good to have minutes of this meeting

In this example, at the Directing end, it is very clear what the speaker wants and it would be difficult to disagree with it, though a downside could be that the person being instructed resents being told what to do.

At the Informing end, offering information might result in a willing volunteer coming forward, though a downside could be that it is not clear what the speaker wants.

A “blended” style in the middle of the range is likely to be the most effective statement to achieve what the speaker wants, as it combines clarity with explanation.  e.g.

We need notes of this meeting – would you do it please?

How blended is your communication?  For more strategies to communicate with influence and impact, see my book!

Buy How to Get On with Anyone